The Nevada County Diaper Project has made great strides in the past five years to create awareness in the community of the need to provide diapers to low-income families in the entire county. Two very significant steps have been taken in the past few months by state government leaders that support the efforts of all of the California diaper banks:

Senator Ted Gaines (R-Roseville) was successful in getting Senate Resolution (SR) 61 passed proclaiming the week of September 8-14 as Diaper Need Awareness Week. The Proclamation states that many children in California under three years of age live in low-income households, and a supply of diapers is generally an eligibility requirement for infants and toddlers to participate in childcare programs while their parents are at work. The average infant or toddler requires about 50 diaper changes per week and often times purchasing this vital necessity can be an economic hardship to needy families. This resolution encourages the citizens of California to donate to diaper banks, diaper drives, and those organizations that distribute diapers to families in need to help ensure access to diapers in California.

On another front, Lorena, Gonzalez (D) San Diego has penned the first-ever bill to address diaper need, which would give families on welfare with children under two $80 a month to cover diapers. That would mean mothers who can’t afford diapers — 30 percent of women across incomes and demographics say they’ve faced this problem at some point — won’t have to resort to stretching dirty diapers, risking infections and rashes, or go hat in hand to friends and family.

Alison Weir, director of programs at the National Diaper Bank Network, based in New Haven, CT, said she hopes California’s bill passes so that it will serve as a model for other states to emulate. “If California passes, everybody can see how it works,” Weir said. It might take longer, but it’ll probably gain traction more state by state than going through the federal government.” 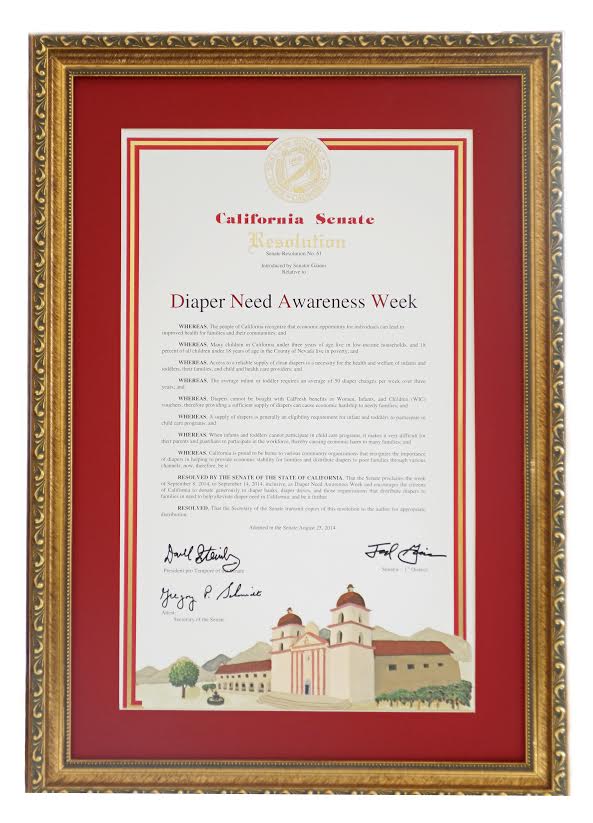 The community diaper drive that was the chosen project of the Nevada County Community for Obama’s National Day of Service was a huge success. Cheryl Cook and her team of volunteers manned booths at three locations: SPD of Nevada City, Raley’s and CVS Pharmacy of Grass Valley, and collected 4,000 diapers and $930 in cash for the Nevada County Diaper Project. This will supply diapers to young mothers in the county for two months.

Many thanks go to Cheryl and her volunteers for their time and effort, the managers of SPD, Raley’s and CVS Pharmacy for the use of their store sites, Mike Dobbins of The Wildwood Independent for his donation for the printing of flyers, and to the residents of Nevada County who so generously contributed both diapers and cash to the project.

Do you want to host a diaper drive on our behalf? Please contact us to give us a heads up.

Helpamotherout.org has provided a toolkit that you can download in order to jump start your Nevada County Diaper Drive. 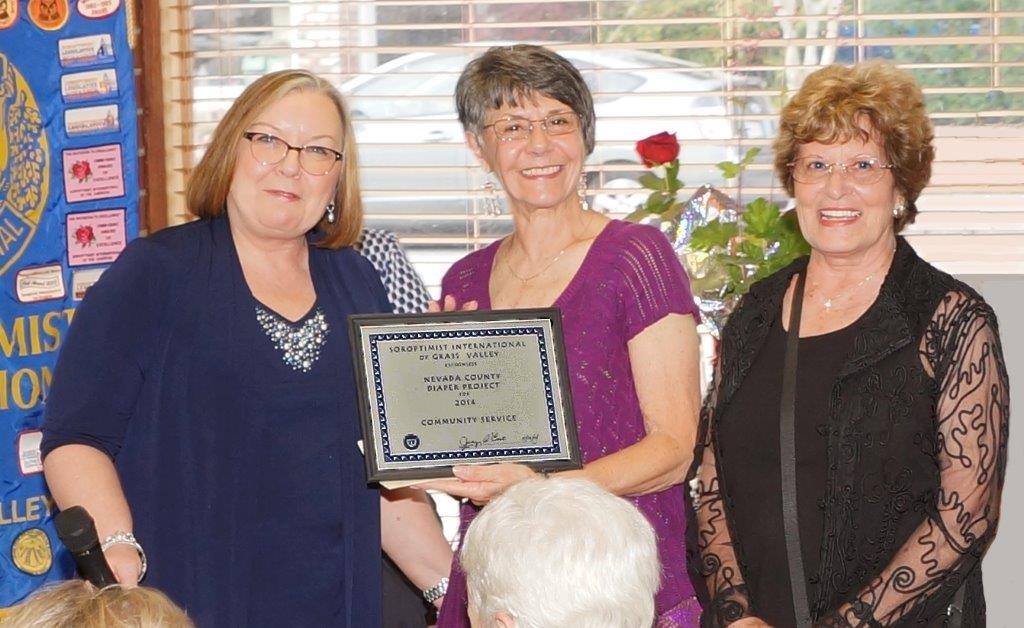 Betty Stiving of Soroptimist International of Grass Valley commends the Nevada County Diaper Project for being an organization active in community service. Founder Cathy Fagan and Board Member Myra Nicol accept the plaque and donation of $1,000, which will be used to purchase a pallet of diapers to distribute throughout the county.

Betty Stiving of Soroptimist International of Grass Valley commends the Nevada County Diaper Project for being an organization active in community service. Founder Cathy Fagan and Board Member Myra Nicol accept the plaque and donation of $1,000, which will be used to purchase a pallet of diapers to distribute throughout the county. 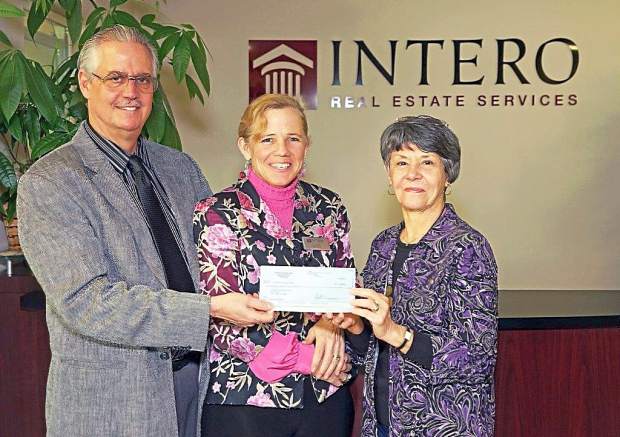 The Intero Foundation-Nevada County has donated $1,503.80 to the Nevada County Diaper Project as part of its mission to impact the growth and well-being of children in our community.

The funds will be used to purchase diapers to be distributed to the needy families of Nevada County.

John and Edie Miller, realtors and owners, have recently opened the Intero Real Estate Services offices in Grass Valley and Penn Valley. They have worked in Nevada, Placer and Yuba counties for over 25 years.

Established in 2002, the Intero Foundation, empowered by Intero agents and employees, has collected over $3 million, benefiting more than 130 nonprofit organizations. The Nevada County Diaper Project will be an annual recipient along with other nonprofit, organizations whose mission is helping young children in Nevada County.

To read this article on The Union.com click here. 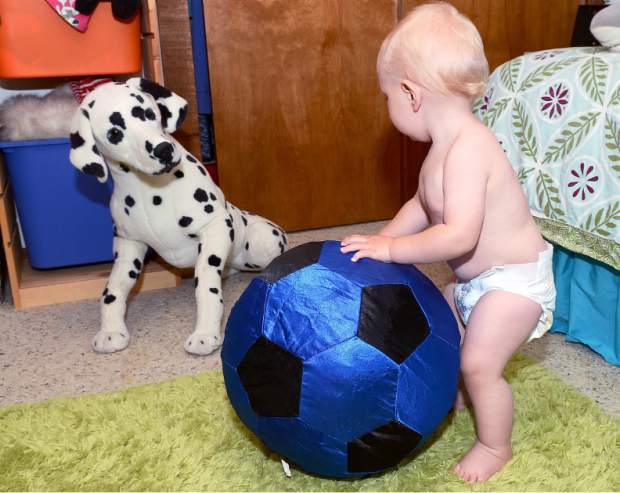 According to new research from the Yale School of Medicine, there is one important question pediatricians should be asking all parents of young children.

“Do you have enough diapers to change your children as often as you would like?”

Researchers say the answer to this question could be a key indicator of a family’s overall well-being.

A study on “Diaper Need and Its Impact on Child Health,” published in July’s edition of the journal of the American Academy of Pediatrics, found that “an insufficient supply of diapers is not only a risk factor for poor infant and child health but also for maternal mental health.”

The results came as no surprise to Joanne Samuel Goldblum, executive director of the National Diaper Bank Network and co-author of the Yale study of low-income mothers. Nearly 30 percent of the women surveyed reported ongoing or occasional diaper shortages at home.

“”We found that diaper need was highly correlated with maternal stress — more so than even food need,” she said. “A shortage of diapers indicates a more significant level of poverty, and mothers were at a higher risk of stress-related issues.”

A shortage of diapers can create a negative chain reaction in an already-struggling household, the study showed.

For example, a majority of childcare providers require families to provide disposable diapers. If a parent is unable to afford the required amount of diapers, he or she could miss crucial job interviews, job training or other programs geared for improving life circumstances.

According to an opinion piece written by study authors Goldblum and Dr. Megan Smith, a professor at Yale’s Child Study Center and School for Public Health, children of families with an insufficient diaper supply often “miss opportunities for early childhood education, and thus, the achievement gap widens. Our research found that mothers who cannot provide enough diapers are more likely to report difficulty with stress management, depression and coping with trauma. These mental health needs were even more pronounced in mothers who had trouble obtaining diapers than in mothers who reported food insecurity. Maternal stress and depression are strongly associated with developmental and health problems in children and can have lifelong effects.”

Because the Supplemental Nutrition Assistance Program (food stamps) and the Women Infants and Children Program do not categorize diapers as a basic need, they do not cover the cost.

Nearly 8 percent of women in the study reported “stretching” the diapers they had when in short supply. In addition to the added stress of a fussy baby, infrequent diaper changes can lead to an increase in diaper dermatitis and urinary tract infections and a rise in emergency department visits.

“I get a lot of people asking me why these mothers don’t use cloth diapers,” said Cathy Fagan, founder of the Nevada County Diaper Project. “The answer is that it’s just not realistic. Most low-income mothers don’t have washing machines, and most laundromats won’t allow washing of diapers for hygienic reasons. Also, for working moms, most childcare facilities won’t accept cloth diapers. These parents are not lazy — there are legitimate reasons for using disposables.”

Both Fagan and Goldblum are part of a nationwide push to establish regional diaper banks for families in need.

In 2009, The Nevada County Diaper Project was founded by Fagan for the purpose of providing diapers to young families who are receiving assistance through the Interfaith Food Ministry. The Nevada County project alone distributes a minimum of 4,000 diapers per month through distribution centers in Penn Valley, Grass Valley, Nevada City and Truckee.

“We’re almost always on the edge when it comes to supply,” said Fagan, whose program receives no government funding. “We always need diapers from size 2 and up. We generally don’t need newborn sizes — most mothers get their first batch of diapers from friends and family from baby showers.”

According to the Yale study, a sufficient supply of diapers costs an average of $18 per week, or $936 annually per child. Therefore, the cost of diapers is 6 percent of the gross pay for a single mother working full time at the federal minimum wage of $7.25 per hour or $15,080 per year. And that’s just for one child. There are an estimated 6 million American children under the age of 3 living in poverty.

“In America today, millions of babies and toddlers are less comfortable, less safe and less likely to prosper in the long term because they are sitting in wet, soiled diapers,” wrote Goldblum and Smith. “They need a change.”

As mentioned above, many parents are prevented from seeking work or an education due to the requirement of diapers at childcare facilities. That, in turn, creates more household tension, which has the potential to lead to abuse or neglect, the study concluded. In addition to the discomfort of a soggy diaper, children may lose out when it comes to learning normal cognitive and language skills.

“The fact that your community has a diaper bank is really wonderful,” said Goldblum, who lives in Connecticut. “The small things impact the big things. Having enough diapers can mean the difference between someone getting to work or not getting to work or trying to make a change.”

“This research backs up what we have always observed,” she said. “Parents want the best for their children. When they cannot meet a baby’s basic needs, it is devastating.”

To read this article on The Union.Com please click here.